It’s obvious to anyone in the geospatial industry that Google Maps brought a wind of fresh air. They were not the first ones (e.g. OGC’s WMS standard exists since 1999) and MapQuest was popular at the time, but Google successfully increased global access to interactive maps thanks to Google Maps and Google Earth. Google Maps turned 10 years old and the official Google LatLong blog offers a summary of its milestones.

From the official entry: “[…] before, you’d remember the days when we were all dependent on paper maps, print-outs, post-its and sometimes even a compass for directions! Getting from point A to B is something we do all day, every day—from finding the fastest way to get to work, to dropping the kids off on a carpool route, to meeting friends for drinks at a new spot—so it should be as easy as possible.” 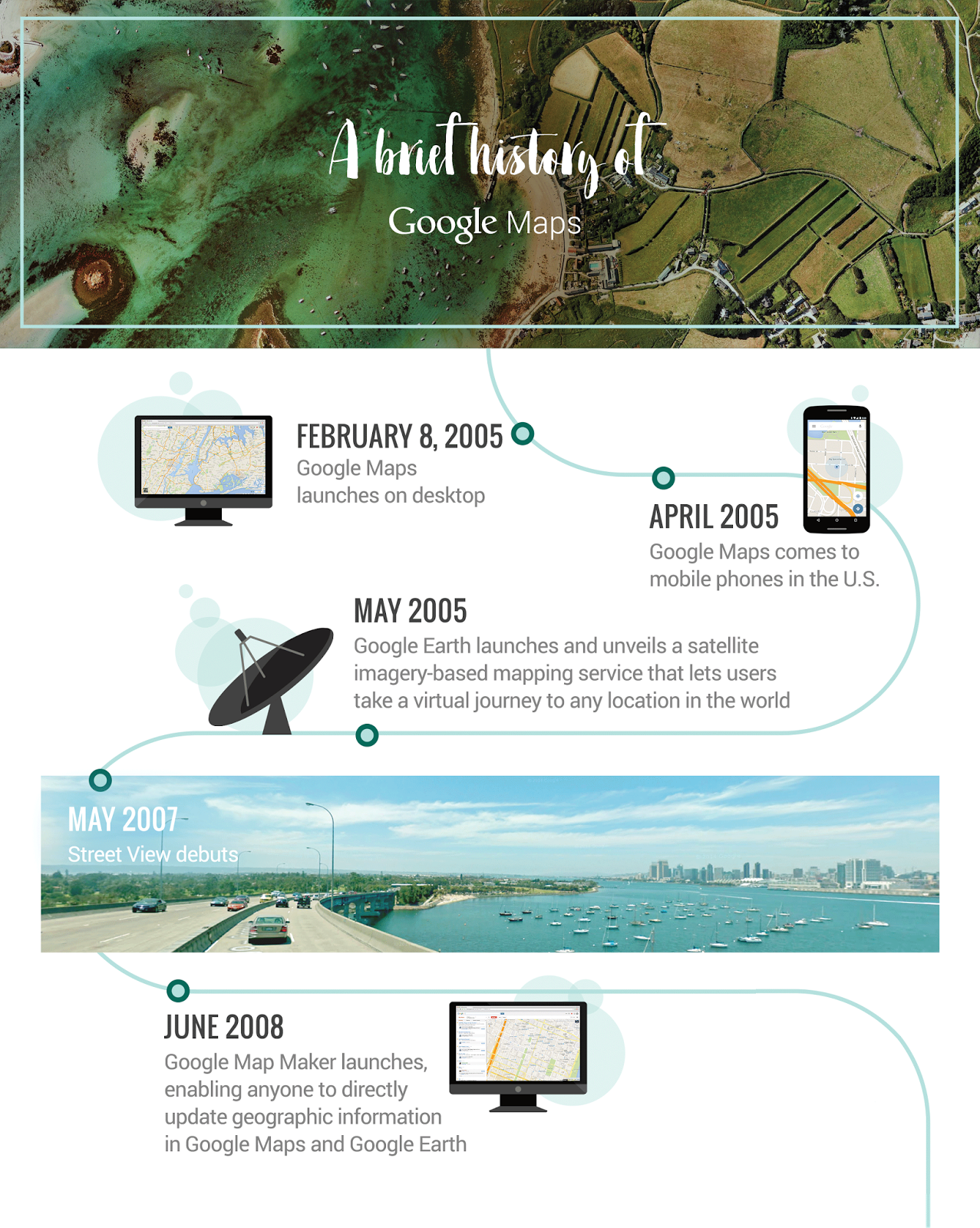