I'd like to introduce a new location-based game: Kort.

This web app motivates users to help improving OpenStreetMap (OSM) data. Game-like elements are used like credit points and badges in a mission to resolve missing spatial data. Kort combines the concept of gamification with volunteered geographic information and is targeted to non-specialists. Within three weeks more than 1,000 users registered and it has been translated into 11 languages!

After having signed in with OSM or Google account, credit points (so called 'Koins') are collected by the players on a mission task. Examples are POIs without a name, where users have to enter the missing label. All proposals for solutions are then validated by other players. If a proposal has passed validations (around 3 depending on error type), it is considered complete.

Data errors are downloaded every night from a project called KeepRight. The data covers many parts of the world except for parts of North America and others. The final task of integrating the passed proposals into OpenStreetMap has not been realized yet. It can be done manually, though. This an other enhancements like moderating campaigns are planned in the near future.

The project has been implemented by two computer science students during their bachelor thesis at the Geometa Lab of the University of Applied Sciences, Rapperswil (Switzerland). It's based on HTML5, free (open source) and it runs on iPhone and Android, and in Chrome.

END_OF_DOCUMENT_TOKEN_TO_BE_REPLACED

The relation between geography and geospatial with traveling appears obvious to me. I've been using Wikitravel for years (it exits since), and now the Wikimedia Foundation announced a competing wiki to be part of the Wikimedia offers such as the famous Wikipedia, named Wikivoyage.

The Slashdot summary: "The Wikimedia Foundation has marked its 12th anniversary by launching a Creative-Commons-licensed travel guide called Wikivoyage. Like other Wikimedia projects, Wikivoyage contains material written collaboratively by volunteers. The site has launched under the aegis of Wikimedia with around 50,000 articles and approximately 200 volunteer editors. Wikivoyage started in as a travel guide in German and Italian, backed by the German non-profit Wikivoyage Association. The transition to a Wikimedia project was initiated by contributors and the Association, and content is currently offered in Dutch, English, French, German, Italian, Russian, Portuguese, Spanish and Swedish. The purpose of the Wikivoyage is to promote education and knowledge of all countries and regions in the world, as well as understanding among nations. There's a huge global demand for travel information, but very few sources are both comprehensive and non-commercial. That's about to change."

For the curious ones, here's the other projects under the WIkimedia Foundation, which includes Wiktionary but also a project that I wasn't aware of before, Wikidata, which is still in its infancy but could be eventually leveraged by a part of the geospatial data community?

END_OF_DOCUMENT_TOKEN_TO_BE_REPLACED

Via OpenWeatherMap I learned about the OpenMeteoData, that has the aim to make meteorological data available for everyone.

Who can use the data?

When will it be available?

END_OF_DOCUMENT_TOKEN_TO_BE_REPLACED

From the blog entry: "OpenStreetMap has just passed 1 million users! That's a million people who have signed up on openstreetmap to join in with creating a free map of the world. At first glance you may think that OpenStreetMap is a map. Those who know more will tell you that it's actually a database; a flexible editable repository of free geospatial data. But above all OpenStreetMap is a community. A massive community in which people like you and me come together collaborate and help build this thing... and now there's a million of us!"

To ease contributions even more, they also introduced the alpha version of the new OpenStreetMap editor, codenamed iD (screenshot below). And for its beauty, see the short animation on OpenStreetMap: A Year of Edits.

END_OF_DOCUMENT_TOKEN_TO_BE_REPLACED

It's easy to love MapBox for the way they push geospatial innovation. Last week they introduced MapBox Satellite.

What it is? "We’ve been working hard to bring MapBox users a fast, beautiful satellite and aerial imagery layer that integrates seamlessly with MapBox Streets and custom overlays. We’re happy to announce that it’s available today and included in MapBox Basic plans and above.

Here's a really nice entry named Open Aerial: The Data Behind MapBox Satellite: "MapBox Satellite is powered by raw imagery from multiple sources that is then processed by MapBox using open source tools. All the data you're about to see is free, open, and if you're a U.S. taxpayer, available thanks to you." 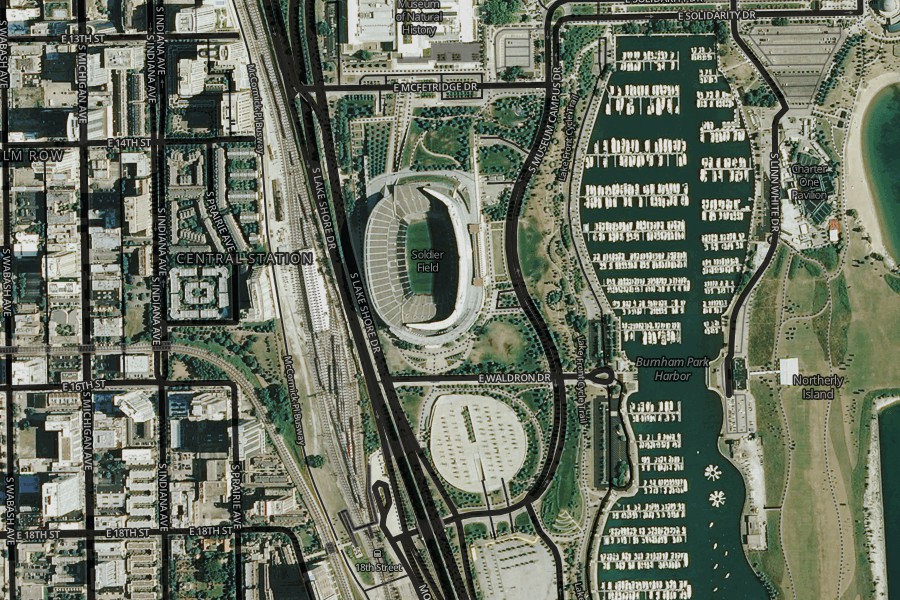 END_OF_DOCUMENT_TOKEN_TO_BE_REPLACED

This was meant to happen, via the LinkedIn OpenStreetMap group I learned about the OpenTraffic project.

Here's their introduction: "OpenTraffic is a open data project initiated by doroga.tv to create open traffic jam map of the world. We use OpenStreetMap vector graph and data feeds from various fleet management systems to calculate the traffic. Each contributor and every developer may use the traffic APIs for mapping and navigation projects and researches. [...]

If you'd like to start OpenTraffic project in your area, you need to do the following steps:

END_OF_DOCUMENT_TOKEN_TO_BE_REPLACED

From their aims and scope: "Geoscience Data Journal provides an Open Access platform where scientific data can be formally published, in a way that includes scientific peer-review. Thus the dataset creator attains full credit for their efforts, while also improving the scientific record, providing version control for the community and allowing major datasets to be fully described, cited and discovered. An online-only journal, GDJ publishes short data papers cross-linked to – and citing – datasets that have been deposited in approved data centres and awarded DOIs."

Their content description: "A data article describes a dataset, giving details of its collection, processing, file formats etc., but does not go into detail of any scientific analysis of the dataset or draw conclusions from that data. The data paper should allow the reader to understand the when, why and how the data was collected, and what the data is."

END_OF_DOCUMENT_TOKEN_TO_BE_REPLACED

Modelling our world in 3D gets more and more important within the OpenStreetMap (OSM) project. There are several people in the community trying to push forward this development. A major problem is that OSM was not really designed for complex 3D modelling. The node/way/relation + tags based data model does not allow for complicated 3D modelling. Therefore, the community agreed to make use of external repositories containing more complex data which can be linked to OSM.

OpenBuildingModels is such a repository for complex architectural 3D building models. It is free-to-use and aims to improve crowdsourced 3D city models. Anyone can up- or download the models. They can be referenced in OSM and appear on the OSM-3D globe. A first beta version of the web platform is now online and models can be uploaded.

END_OF_DOCUMENT_TOKEN_TO_BE_REPLACED

Satri July 24 Comments Off on Launch of OpenWeatherMap

Via the OGD blog I learned about the recent launch of OpenWeatherMap.

From their about: "OpenWeatherMap is a crowdsourcing project to collect information about the weather worldwide. Everybody owning a weather station is free to contribute and the results are licensed under Creative Commons By-Attribution Share-Alike 2.0"

They use OpenStreetMap as a basemap and have a blog and a wiki too. Weather is of course a topic we mention regularly.