Everything You Need to Know about Landsat 8

That's the name of a recent DM article, Everything You Need to Know about Landsat 8. From the article: "It is anticipated that over 400 images per day will be collected, the most ever by any previous Landsat satellite."

From the NASA press release: ""LDCM will be the best Landsat satellite yet launched in terms of the quality and quantity of the data collected by the LDCM sensors," said Jim Irons, LDCM project scientist at Goddard. "OLI and TIRS both employ technological advances that will make the observations more sensitive to the variation across the landscape and to changes in the land surface over time."  OLI will continue observations currently made by Landsat 7 in the visible, near infrared, and shortwave infrared portions of the electromagnetic spectrum. It also will take measurements in two new bands, one to observe high altitude cirrus clouds and one to observe water quality in lakes and shallow coastal oceans as well as aerosols. [...] TIRS will collect data on heat emitted from Earth's surface in two thermal bands, as opposed to the single thermal band on previous Landsat satellites. Observations in the thermal bands are vital to monitoring water consumption, especially in the arid western United States."

END_OF_DOCUMENT_TOKEN_TO_BE_REPLACED

Via internal email, I learned that a few minutes ago the Government of Canada announced the final stage of the RADARSAT Constellation project.

From the press release: "The contract with MacDonald Dettwiler and Associates (MDA), announced today, will lead to the completion of construction; the launch of the three satellites, planned; and the first year of operation of the mission."

Technical details available here, "The RADARSAT Constellation is the evolution of the RADARSAT Program with the objective of ensuring data continuity, improved operational use of Synthetic Aperture Radar (SAR) and improved system reliability. The three-satellite configuration will provide complete coverage of Canada's land and oceans offering an average daily revisit, as well as daily access to 95% of the world to Canadian and International users."

END_OF_DOCUMENT_TOKEN_TO_BE_REPLACED

DRONENET: An Internet of Drones

Satri January 7 Comments Off on DRONENET: An Internet of Drones

Last year saw a record number of drones and UAV stories, and it's not expected to stop since they now are an efficient and cheap way to do remote sensing and a lot more. Here's a story discussed over Slashdot last weekend: DRONENET: An Internet of Drones.

Their summary: "In a series of posts on his blog, military theorist John Robb outlines what he thinks will be the next big thing — "as big as the internet," as he puts it. It's DRONENET: an internet of drones to be used as an automated delivery service. The drones themselves would require no futuristic technology. Modern quadrotor drones are available today for a few hundred dollars, and drone usage would be shared across an open, decentralized network. Robb estimates the cost for a typical delivery at about $0.25 every 10 miles, and points out that the drones would fit well alongside many ubiquitous technologies; the drone network shares obvious parallels with the internet, the drones would use GPS already-common GPS navigation, and the industry would mesh well with the open source hardware/software community. Finally, Robb talks about the standards required for building the DRONENET: "Simple rules for drone weight, dimensions, service ceiling, and speed. Simple rules for battery swap and recharging (from battery type, dimension, etc.). Simple rules for package containers. Simple rules for the dimensions and capabilities of landing pads. ... Decentralized database and transaction system for coordinating the network. Rules for announcing a landing pad (information from GPS location and services provided) to the network. Rules for announcing a drone to the network (from altitude to speed to direction to destination). Cargo announcement to the network, weight, and routing (think: DNS routing). A simple system for allocating costs and benefits (a commercial overlay). This commercial system should handle everything from the costs of recharging a drone and/or swapping a battery to drone use."" 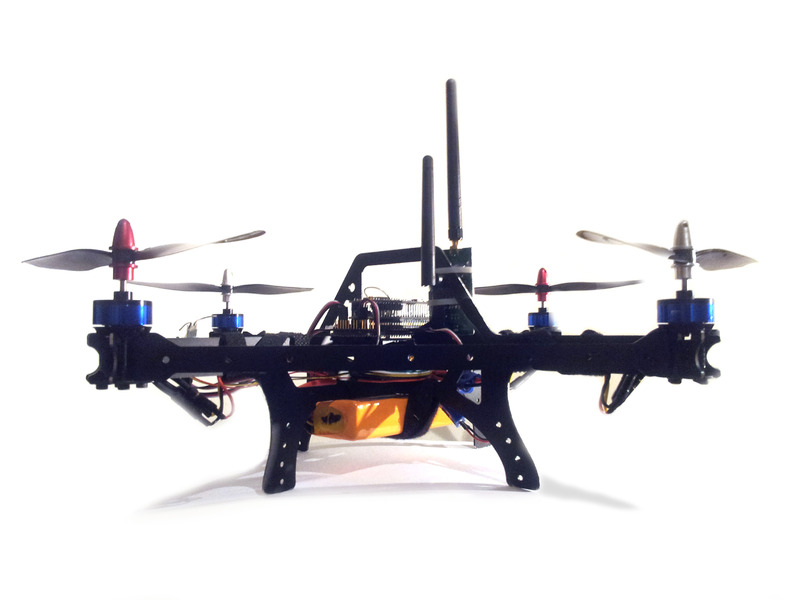 END_OF_DOCUMENT_TOKEN_TO_BE_REPLACED

Those of you doing remote sensing or have an interest in satellite capabilities will be interested by the WMO O.S.C.A.R. online tool; the 'Observing Systems Capability Analysis and Review' tool. There's a 10-minutes screencast that demonstrate what OSCAR can do for browsing satellites capabilities based on specific needs and variables. The tool is very well done and easy to use.

OSCAR is described like this: "OSCAR is a resource developed by WMO in support of Earth Observation applications, studies and global coordination. It contains quantitative user-defined requirements for observation of physical variables in application areas of WMO (i.e. related to weather, water and climate). OSCAR also provides detailed information on all earth observation satellites and instruments, and expert analyses of space-based capabilities." 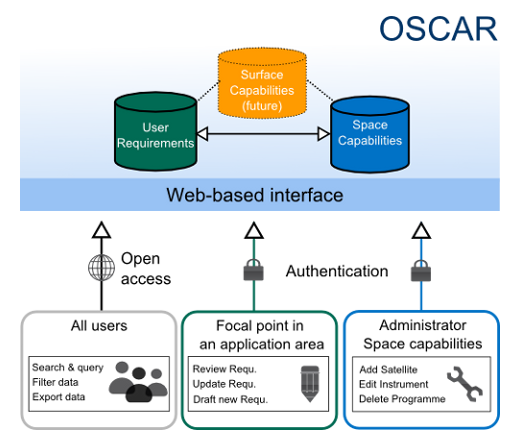 END_OF_DOCUMENT_TOKEN_TO_BE_REPLACED

It's been a while since we mentioned Geomatica, via AQT, I learned about the launch of Geomatica from PCI Geomatics. Geomatica is primarily a satellite imagery processing and analysis tool, but can do much more.

Here's how they present the new version: "Geomatica is loaded with updates and refinements that allow you to complete larger projects in less time with fewer errors. Graphical snapshots clearly illustrate image overlap as well as Tie-point and Groundcontrol point identification. Potential issues with your data are flagged in the updated Project Overview Viewer to assess the quality and coverage of your mosaics before committing valuable person-hours to the job. Live updates now run globally across the software suite allowing you to track changes across multiple projects with a high level of confidence and the ability to achieve accuracy. Our fastest Geomatica yet will improve your workflows and allow you to manage mosaics containing 1,000s of images with ease. You’ll wonder how you ever got along without it."

END_OF_DOCUMENT_TOKEN_TO_BE_REPLACED

That's it, after some time in the dark, ESA declares end of mission for Envisat.

From the ESA: "Just weeks after celebrating its tenth year in orbit, communication with the Envisat satellite was suddenly lost on 8 April. Following rigorous attempts to re-establish contact and the investigation of failure scenarios, the end of the mission is being declared. A team of engineers has spent the last month attempting to regain control of Envisat, investigating possible reasons for the problem. Despite continuous commands sent from a widespread network of ground stations, there has been no reaction yet from the satellite."

Want to know more about all sensors that were onboard Envisat? Here's the wikipedia article.

END_OF_DOCUMENT_TOKEN_TO_BE_REPLACED

That's the name of the Slashdot story, U.S. In Danger of Losing Earth-Observing Satellite Capability.

Their summary: "As reported in Wired, a recent National Research Council report indicates a growing concern for NASA, the NOAA, and USGS. While there are currently 22 Earth-observing satellites in orbit, this number is expected to drop to as low as six by the year. The U.S. relies on this network of satellites for weather forecasting, climate change data, and important geologic and oceanographic information. As with most things space and NASA these days, the root cause is funding cuts. The program to maintain this network was funded at $2 billion as recently as, but has since been scaled back to a current funding level of $1.3 billion, with only two replacement satellites having definite launch dates."

END_OF_DOCUMENT_TOKEN_TO_BE_REPLACED

Via this tweet, I learned about EOxServer, an open source server for Earth Observation data.

Here's how it is described: "EOxServer's mission: To provide an Open Source software framework to ease the online provision of big Earth Observation data archives via Open Standard services for efficient user exploitation.

This project is funded in part by the European Space Agency (ESA).

END_OF_DOCUMENT_TOKEN_TO_BE_REPLACED

Via the AGISRS mailing list I learned about today's announcement that Envisat is having problems and services are interrupted.

From the ESA announcement: " After 10 years of service, Envisat has stopped sending data to Earth. ESA’s mission control is working to re-establish contact with the satellite.

Although this landmark mission has been in orbit twice as long as it was designed for, ESA hopes to keep the satellite in service until the launch of the successor Sentinel missions."